Sony has released the new controller for the much anticipated Playstation 5. 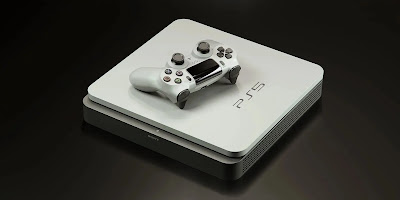 It's called the "Dualsense" and it is being shipped to game developers now so that they can get used to the new features in the games.

One of the new features the Dualsense boasts is haptic feedback which replaces the Dualshock 4's usual rumble.

"We adopted haptic feedback, which adds a variety of powerful sensations you'll feel when you play, such as the slow grittiness of driving a car through mud," Sony's PlayStation team said in a blog post. "We also incorporated adaptive triggers into the L2 and R2 buttons of DualSense so you can truly feel the tension of your actions, like when drawing a bow to shoot an arrow."

The controller has a dual tone theme similar to the PSVR. So maybe that theme will be carried to the actual console.

Sony says they've changed the angle of the hand triggers to make the controller seem smaller. They also upgraded the grip and reduced the weight of the controller.

The Dualsense will also boast a longer battery life so you don't have to plug it into the Playstation or a powerbank that often during a marathon gaming sesion.

The release date for the PS5 is said to be before the 2020 holidays and the price hasn't been revealed yet.
Posted by Frank Rudy at 3:14 PM