Country Legend artist Kenny Rogers passed away yesterday under hospice care and surrounded by his family. 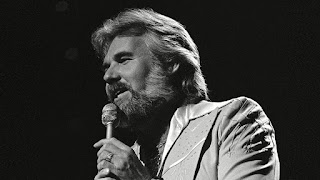 The singer had sold over 50 million albums in the US alone during his career spanning 6 decades.

An all time favorite by many was the 1978 classic The Gambler which inspired many TV movies in which he starred.

Rogers sang with many country music stars but one memorable classic and favorite to this day is with Dolly Parton Islands in the Stream.

He was inducted into the County Music Hall Of Fame in 2013. Shortly after that he announced his retirement in 2015.

The music industry and particularly the world of country music will miss him as he has left a gaping hole in the industry.

In 1985, he participated in the original recording of "We Are the World" along with more than three dozen artists.

A year later, according to his website, he co-chaired "Hands Across America," a campaign which sought to raise awareness about the homeless and hungry in the US.

Below is the music video for Islands in the Stream: