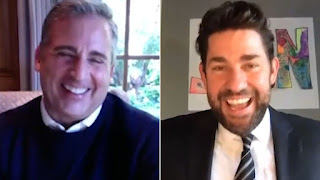 He got fed up of all the bad news in the world right now and decided to launch a news channel that only featured good news.

He asked his Twitter followers for good news and they responded so he started SGN from his home.

In his first news production he features many of his followers inspiring stories and he honored the care workers fighting to save the lives of coronavirus victims worldwide.

Here is the first episode of SGN. Watch it. You won't be disappointed!