Italy has taken it's quarantine by ordering bars, restaurants, hair and beauty salons to close their doors after becoming the highest amount of deaths outside of China since the coronavirus outbreak. 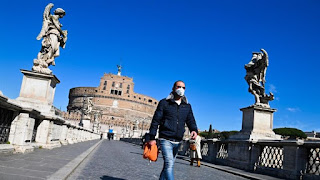 The Prime Minister of Italy, Guiseppe Conte said all shops would be closed except for supermarkets, food stores and chemists and companies must close all non-essential departments.

Central Rome was a ghost town with most of it's streets deserted while public transports that were usually crammed with commuters ran empty.

Conte said that they have set aside 25 billion Euros to assist firms and families effected by the virus.

Italy has the oldest population in Europe with a quarter over 65. The elderly are more susceptible to the virus. 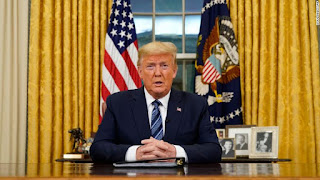 US President Trump also announced earlier today that all flights from Europe to the US have been suspended. Which means they're not accepting any travellers from most of the other countries.

The global economy has also been hit hard with stock markets all over the world tumbling and hitting all time lows.

It's going to take a long time to recover fully from the repercussions of the virus. How long will the world be under siege by covid-19?
Posted by Frank Rudy at 11:57 AM