All football including the English Premier League, EFL, FA Women's Super League and Women's Championship are postponed till the 3 April. 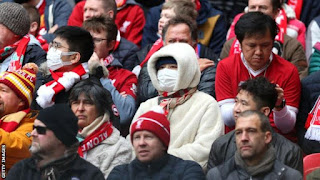 Matches in Scotland, Wales and Northern Ireland have also been called off.

Play should resume on the 4th April for the Premier League.

The suspension comes on a day of widespread sporting postponements worldwide.

England's Test cricket series in Sri Lanka has been cancelled.

Golf's Players Championship called off and Masters is postponed.

Formula 1 has called off the Vietnam Grand Prix on 5 April. 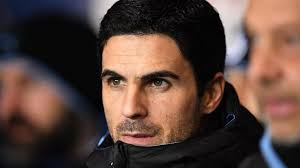 Arsenal Manager, Mikel Arteta, has been tested positive for coronavirus. Early on Friday Chelsea striker Callum Hudson-Odoi revealed he had been affected, while Everton say a first-team player has shown symptoms.

Several football clubs throughout Europe announced that either staff or players have been showing symptoms of the virus.

These are very trying times for the world of sport. Many fans and players are left empty as event after event are being cancelled.

Although they say play will resume on the 4th of April it is highly likely that entire seasons will be cancelled. Trump has already declared a national emergency in the US joining many other world leaders in making the decision in their own countries.

Many hopeful fans might not be able to see their teams win titles for the first time in over 30 years. 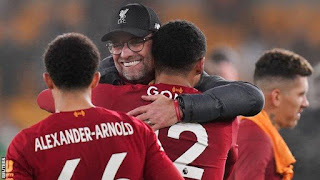 They can only dream and keep their hopes alive.
Posted by Frank Rudy at 1:08 PM