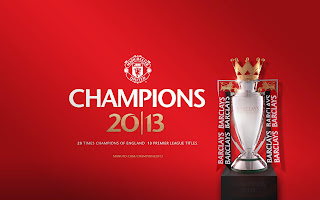 A lot has been happening in the world of English football recently.

If you haven't heard yet then you've been sleeping under a rock. Manchester United closed the deal on their 20th English Premier League title. Social media went mental last night after Robin van Persie scored a hat trick winning the match against Aston Villa and the 2013 EPL title for Manchester United with 4 games to go to the end of the season.

Fans at Old Trafford kept singing Glory Glory Man United and other chants including Robin Van Persie's name as the game drew to a close and didn't leave till the last player left the pitch after doing their victory laps.

There were some interesting results over the weekend too. Tottenham Hotspurs came from the back to beat Manchester City 3-1 at the lane thus coming closer to securing their place in the European Champions League next season.

Liverpool literally chowed Chelsea in the second half when Luis Suarez took a bite out of Ivanovic. Many memes were spawned from that bite. The final score for that game was 2-2.

I don't know what was going through Suarez's mind when he went in for the chomp but one thing is for sure when Liverpool is hungry for a win they don't fright to take a bite!

Congrats to Manchester United on a well executed season. Proving to all haters(LFC) that they are the best team in the history of football in England. 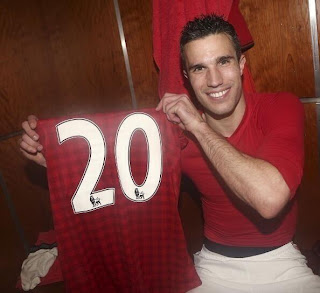 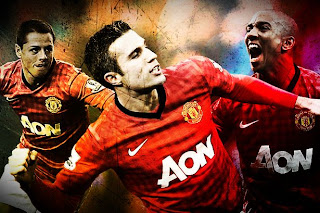 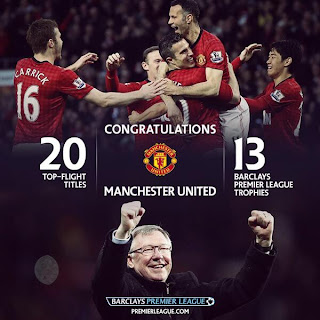 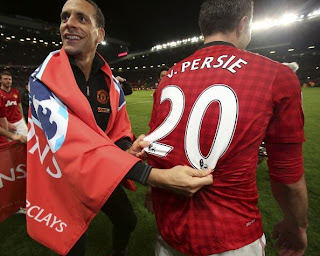