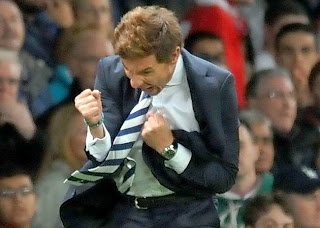 I was jumping up and down on Saturday night after the final whistle blew at Old Trafford. I only realised that Andre Villa-Boas was doing the same dance I was after watching the replay.

Tottenham Hotspurs beat Manchester United 2-3 for the first time in 23 years at Old Trafford. Their first away win against Man United since 1989 in the English Premier League. AVB was visibly in heaven!

Spurs dominated the first half taking the lead just after a mere 2 minutes into the game from a strike from Vertonghen. The second goal was by Gareth Bale after a blistering run from ten meters inside Spurs half. Rio Ferdinand didn't have the pace or the "silks" to catch him. 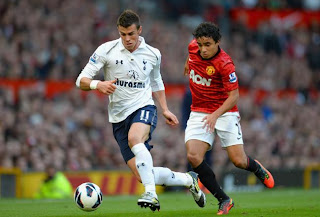 The second half saw United having more possesion of the ball but I guess Ferguson's shoe and hairdryer talk in the change room didn't work because the final score saw Manchester United losing at home and a very ecstactic Tottenham Hotspurs team leaving Old Trafford winners! 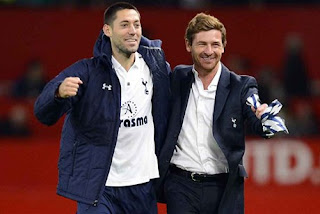