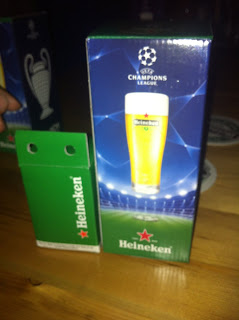 Bayern had an advantage because they were playing at their home ground in Munich. It's very rare for a final of this magnitude to be played at one of the finalists' home ground.

We couldn't make it to Munich to watch the final but Heineken together with Spiga D'Oro and Upstairs brought the final to us.

We were treated to a table for ten and free food and what seemed like an endless supply of Heineken. I was fortunate enough to win a competition held by Heineken. 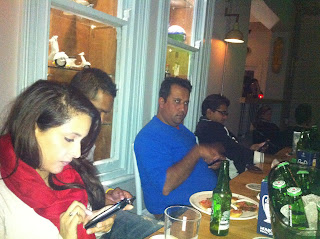 My friends and I got there well before the match started. This gave us enough time to enjoy the great food Spiga never fails to deliver and get our thirsts quenched by Heineken.

The match itself produced a disappointing result as Chelsea had won by penalty shoot out. I always feel the team that played a better game were robbed when they lose through penalties at the end.

By Chelsea winning the 2012 Champions League Final means they don't have to qualify for the tournament next season and that means Tottenham Hotspurs don't qualify as they finished fourth in the Barclays Premier League. 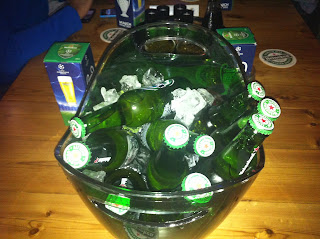 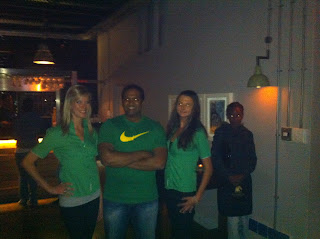 But all in all we had fun. The atmosphere Upstairs was great and Spiga food is always delicious.

Looking forward to more events at this great little venue.
Posted by Frank Rudy at 2:02 AM