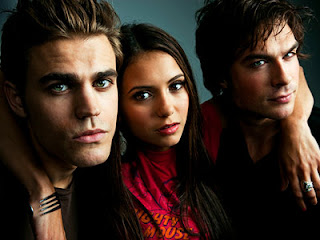 Recently I met this little girl (@Riona_Singh)and she insisted I watch a TV series that is quite popular at the moment. The Vampire Diaries.

Now with the sudden popularity of vampires in modern culture I was totally put off by this especially since I'm not a fan of those sparkly vampires. Give me an Anne Rice novel or movie any day! 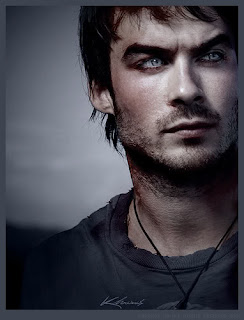 When I started watching the first season I was pleasantly surprised with the darkness and almost believable story line. The vampires of Mystic Falls made sense!

One thing I noticed about the series is that it has it's own look and feel. If you're flipping through channels and come across it on your screen you immediately know you're watching TVD. 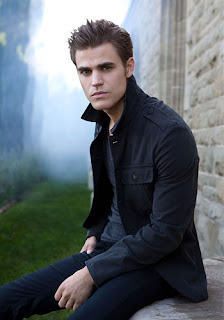 Personally I think it has a brown look to it. Everything is brown. Even all three of the lead characters are brown haired!

Damon and Stefan Salvatore are played by Ian Somerhalder and Paul Wesley respectively. Damon is the bad boy vampire and Stefan is trying to prove that vampires can be good. But apparently both are supposed to be the good guys. 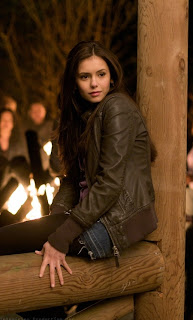 Elana Gilbert/Katherine Pierce is played by Nina Dobrev. The character of Elana is a doppelganger of Katherine the vampire the brothers were in love with about a 150 years ago. Surprisingly she's more of a heroine than a damsel in distress.

TVD is a good series to follow. The story isn't far fetched and the character development is brilliant. All in all this tv series doesn't suck as much as some movies currently on about vampires.

For more info check out vampire-diaries.net
Posted by Frank Rudy at 6:32 AM