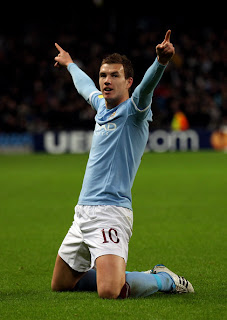 This had to be the most exciting football weekend this season of the Barclays Premier League!

Four of City's goals came from Edin Dzenko, two of which were assisted by City's latest addition, Samir Nasri. 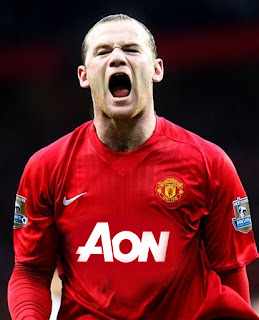 Manchester United massacred Arsenal later in the afternoon with a full time score of 8-2! Wenger had no chance with trying to win the match as he fronted a very weak team against United.

Many jokes were popping up on social networks like "I'd 8-2 to be Arsene Wenger now" or "United 8 Arsenal for supper" and "Wenger released a statement: 8-2 Brutus"!

The stars of Manchester United were the youngsters, Danny Welbeck, Ashley Young, Tom Cleverly . They were quick, agile and innovative and the goals came quickly. Wayne Rooney scored his first hat-trick of the season, two from set pieces. His new hair is really helping his game!

Looks like it's going to be a race to the title by the two teams from Manchester. All the others can do is just stand and watch. One question in their minds. Will it be City or United?
Posted by Frank Rudy at 1:24 AM