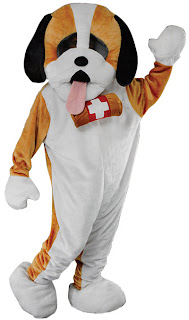 Whatever happened to Harry's House?

I grew up in the 80's and one of the most memorable things about growing up in that decade is the children's TV shows we watched when we were having our tea and peanut butter and jam sandwiches when we came home from school.

I know there are plenty of Facebook groups about 80's TV shows that list Thundercats, He-Man, Gummy Bears, The Polka Dot Door, Bravestar and many more but there is one TV show that I can't seem to find any information about no matter how hard I Google and that show is Harry's House!

I've tried other search engines like Yahoo, Excite and Alta Vista and all results are about some Harry Potter fanatics or Joni Mitchell's song of the same title.

Harry's House was a children's programme that featured a character in a dog costume with human hosts. It was very similar to The Polka Dot Door and Pumpkin Patch. I know the theme song started with "Harry's House, Harry's House, let's all go to Harry's House." That sounds really cheesy but that's as much as I can remember.

Do you remember this TV show? Was it a local production? How long did it run for?
Posted by Frank Rudy at 5:07 AM