Ard Varks Up The Anthem 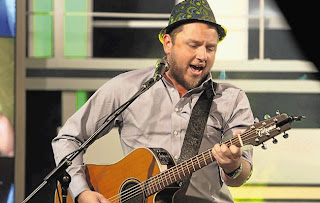 Last night was the announcement of the South African Springbok team going to New Zealand for the 2011 Rugby World Cup. There were no surprises in the line-up with Peter De Villiers choosing 18 players from the winning team from 2007!

South African social networks weren't discussing whether he made a good selection or not but they were abuzz with Ard Matthews messing up the South African National Anthem!

It seems he forgot the words to the anthem 3 lines in and he even giggled at one point! If you know you're going to sing the national anthem live on TV surely you need to learn the words first? Who hires these guys anyway? Do they not audition them first?

Matthews later apologized on Twitter and John Smit said that he accepted Ard's apology and likened it to playing a debut test!

Ard Matthews is a professional artist and has performed in front of large crowds before. The excuse that he had succumbed to nerves is unacceptable.

The organizers of these events should really screen performers that are going to sing the national anthem before they give them a microphone and put them in front of the nation.

Who do you think was worse? Ras Dumasani who murdered the anthem two years ago when SA faced France or Ard Matthews at last nights Springbok selections?
Posted by Frank Rudy at 11:51 PM