What an awesome weekend! 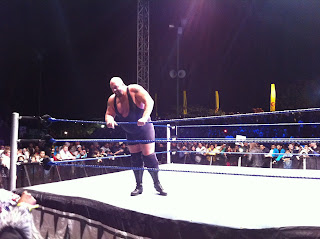 On Friday night I had the privilege of watching the WWE Smackdown event at Durban's Westridge Park Tennis Stadium from the ringside. I am not a huge wrestling fan and don't know most of the wrestlers of today. When I was a fan there were the likes of Hulk Hogan, Diesel, The Ultimate Warrior and Ricky The Steamboat Dragon! The wrestlers we got to see at Westridge were The Big Show, Kane, Randy Orton, Mark Henry, Christian and a few others including SA's own Justin Gabriel!

Today's wrestling is filled with theatrics and rivalries but that's what makes it so entertaining. The spectacle was sold out and there were fans from the ages of 2 to 80 years old, all screaming from the top of their lungs for their favorite fighters! There was a kid behind me that was screaming so loud I'm lucky to still have my eardrums intact!

Although you can see that the fighting was faked or staged it was still impressive to see some of the moves these guys had to make. They are without question superb athletes, most of them in peak physical condition! 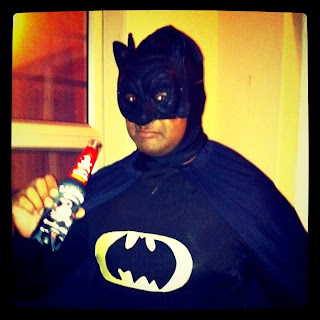 Saturday was Waewest's Superhero and Villains Costume Party. I hired a Batman costume from Troubadour Productions. I was afraid that it wouldn't fit but fortunately it was made out of lycra which is super stretchy! There were some stunning costumes, most of them made from scratch but still amazing! Some worth mentioning was the beautiful Poison Ivy(@waewest), Spidergirl(Christy), Batgirl(@wildchild2006), Psylocke(Jill), Lumo Boy(@Al_Dog7) and Superman(@AMG133)! There were many more costumes but I think Waewest won the best costume with her Poison Ivy outfit! 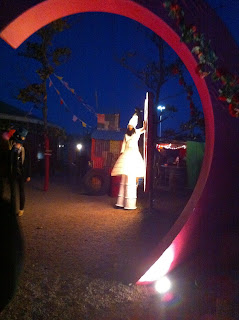 Last night I had the good fortune of being invited to Madame Zingara at Suncoast! Madame Zingara is a traveling circus and dinner theatre! Although it was freezing cold last night you are quickly intrigued by the magic that is Madame Zingara as soon as you enter the circus grounds. Strangely dressed characters greet you and there are stalls to gear up for the entertainment inside. Many bought feather boas and fun hats.

Inside the circus tent is where the magic really comes alive and a three course meal is served between the entertainment. People were awed by flying trapeze artists, a little dwarf, amazing contortionists and beautiful singers. The food was great but the entertainment was spectacular. A must see if you can get tickets as most nights are sold out! 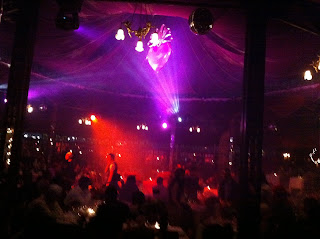