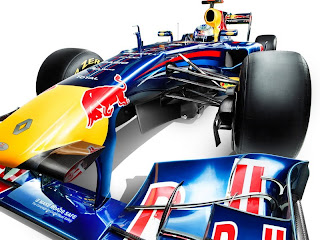 This season of Formula 1 racing is being dominated by the Red Bull Racing team. These bulls seem to be running so far ahead of the pack that none of the other teams stand a chance of catching them!

Surely Sebastian Vettel is getting bored being out in the front leaving all the action behind him in nearly every race! And believe me there has been an abundance of action in the pack following the leader.

In the past two Grand Prixs the race strategies have evolved with the management of the tyre use and increase of the number of stops drivers have to make. Tyre wear, KERS, DRS and fuel consumption have really changed the dynamics of the 2011 season of Formula 1.

Red Bull and Sebastian Vettel seemed to have gotten it right from the beginning, McLaren are following closely and Ferrari seem to have only stepped up to the plate in the last race with Alonso finishing third on the podium. Ferrari's first podium finish this season.

With the completion of the Turkish Grand Prix the team standings have Red Bull Racing in the lead with 168 points, trailing not far in second is McLaren-Mercedes with 105 points and Ferrari with a late start in third with 65 points.

The driver standings place Sebastian Vettel as the alpha bull with 93 points, Lewis Hamilton in second with 59 points and Mark Webber in third with 55 points. Nico Rosberg might be the dark horse for Mercedes!

The season is still young with only 4 races complete. What will be in store for the Spanish GP? Will Alonso claim a victory for Ferrari with the support of his home crowd? Will Sebastian Vettel stamp his dominance in yet another pole position and number one podium finish?
Posted by Frank Rudy at 4:33 AM