The Year Of The Bull 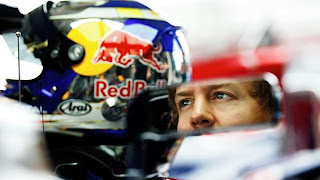 Sebastian Vettel showed who's boss when he comfortably won the Australian Grand Prix in Melbourne on Sunday. Vettel dominated in Qualifying and didn't give up his lead the entire race. All in all the 23 year old probably had quite a boring race. His RB7 was untouchable even though he didn't use his KERS system.

The rest of the contenders on the other hand had plenty of excitement during the race. Rubens took out Rosberg and Schumi went out with a flat. Alonso and Massa decided to make a Ferrari-McLaren sandwich with Button before the Englishhman got "pushed" into a run off getting ahead of Alonso and Massa. He suffered a drive through penalty.

Petrov had a good race making it for the first time in his F1 career to the podium after finishing 3rd. I guess Alonso couldn't pass him... again!

Sergio Perez had the race of his life finishing 7th after an amazing one stop race but both Saubers were disqualified for wing technicalities. Perez lost his 7th place and Kobayashi lost 8th.

Both HRT cars didn't even qualify for the race.

The race also saw the return of Pirelli to Formual 1. The drivers had to use both hard and soft compound tyres during the race.

Although the podium finishers had uneventful races the rest was pretty exciting. Some exhilaration and some disappointment but a great start to the 2011 F1 season.
Posted by Frank Rudy at 1:22 PM