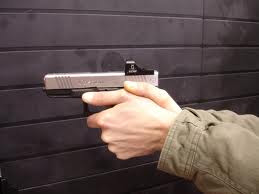 On Tuesday evening I experienced my second hijacking. Yes. They tried to take away my 3 month old car!

I arrived home just after 7pm from gym and noticed 2 young boys walking up the road. They had passed my house and after parking my car and going to close the garage door I heard footsteps running towards the house.

I immediately knew something was wrong and expected trouble. When the first hijacker came around the corner I punched him in the face and kicked him in the gut. I turned around to face the second hijacker and noticed he had a gun. I decided not to tackle him and ran into the house slamming shut the gate between the garage and the house.

They kept asking me for my car keys and I just swore them back. I had my keys in my hand but they decided to check the ignition anyway. After discovering the keys were not in the car they decided to leave. Not run, they walked!

When I called 10111, South Africa's equivalent of the USA's 911 emergency number, I got through to Pinetown Police Station and they said that I called the wrong station and proceeded to give me Sydenham Police Stations number! I flipped! I insisted on not calling another number. What's the point of having an emergency number then? After taking my details the cops arrived within 5 minutes which was impressive.

The Five-O said that these guys probably had a vehicle waiting for them up the road and were long gone.

I don't know what got into me to retaliate and realize that I took a big chance. If these hijackers were more experienced I wouldn't be writing this blog right now. The SAPS need to do something about crime in Durban. People are getting fed up of living in fear. And they wonder why people want to leave our beautiful country!

Stay safe Durban!
Posted by Frank Rudy at 6:25 AM