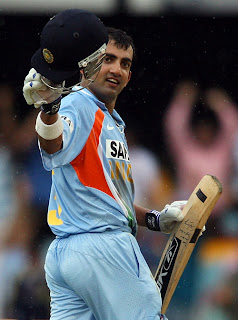 The bidding for IPL teams for 2011 began yesterday with a few upsets and surprises. Some big stars went unsold and some unexpected players went for really high prices! I think the biggest shocker was Sourav Ganguly went unsold! Gautum Ghambir was the most expensive player sold to Kolkata Knight Riders for $2.4 million.

Here are the most expensive players sold yesterday:


By the end of today all 10 teams should finalize their players. I will post a list later today. In the meantime I am looking forward to watching the friendly T20 match between India and South Africa’s Proteas today at the Moses Mabhida Stadium. This will be the first cricket match to be played at this world class sports venue and I am looking forward to being a part of it!
Posted by Frank Rudy at 12:29 AM