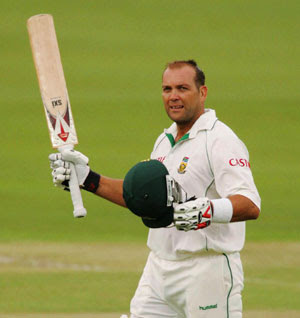 Jacques Kallis is carless. The 35 year old Protea ploughed his white Audi R8 through the gate of a neighbor in Herschel Walk of all places(you'd expect Gibbs to pull of a stunt like that). Maybe he was celebrating too hard after his maiden double century in the first test match against India in the Castle Test Series. But authorities say that Kallis wasn't under the influence of anything. He just lost control of the car. Poor Carless and poor car. At least he has a styling new hairdo! Toupee or not toupee or maybe just plugs! The damage is said to have been in the excess of R200 000. 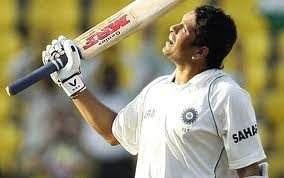 Although India lost to the Proteas The Little Master, Sachin Tendulkar, walked away with yet another record in his pocket. Tendulkar walked of the field on the final day, 111 not out marking his 50th test century of his illustrious career. Tendulkar lifted his lucky bat and thanked the heavens after acheiving this milestone and the whole of Centurion applauded this legend!

South Africa won the first test match by an innings and 25 runs. I can't wait for the next test match to begin in Durban. Tickets are sold out because fans want to watch the legends take to the field from both sides! Go Proteas!
Posted by Frank Rudy at 7:11 AM