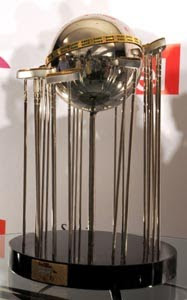 Well another circus is about to hit this town! The Airtel Champions League is going to showcase 7 games in Durban, bringing together the some of the best T20 Cricket teams in the world and together with that all the hype of Bollywood, some sheep shearing and a few bottles of island rum!

This is a welcomed event after the soccer world cup. At least the tickets aren't ridiculously expensive the proof being that they're all sold out! The weather is much warmer now which is better than freezing your butt off at a soccer game.

I have tickets to 2 games being played in Durbs. Both are Mumbai Indians matches although I'm a Chennai Superkings fan. I just want to watch the Little Master work his magic before he goes into retirement completely.