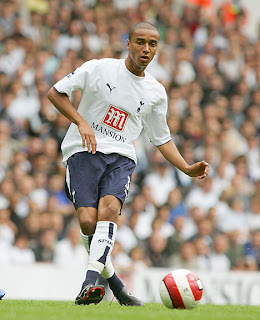 Yeah! Tottenham beat runners up Liverpool this weekend 2-1! What a great game for starting if this year's campaign for my favourite team! I also managed to watch the United game. They beat Burmingham 1-0 but I fell asleep after Rooney's goal!

Assou-Ekotto's goal was magnificent! Keane played well but failed to close. Was a bit disappointed by that.

All in all a good start to a great season of footie! The Premiership is left wide open!
Posted by Frank Rudy at 6:09 AM